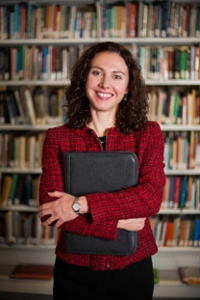 Catherine Steeves was appointed Vice-Provost and Chief Librarian of Western Libraries at Western University in London, Ontario on August 18, 2014.

Catherine was a member of the 2009-2010 ARL Research Library Leadership Fellows cohort. She has served on the Board of Directors for the Canadian Library Association (CLA), is a past board member of the Ontario Library Association (OLA) and a past-president of the Ontario Library Information Technology Association (OLITA). In addition, she was a founding editorial board member of the journal, Partnership: The Canadian Journal of Library Information Practice and Research.  Steeves earned her M.L.I.S. from the University of Western Ontario (now Western University) and a B.A. from McGill University.