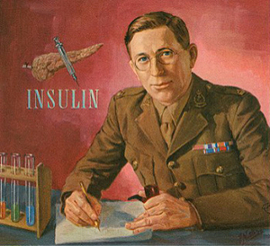 When you hear the name Sir Frederick Banting, chances are what springs to mind is his role in the discovery of insulin, the lifesaving medicine that changed the face of diabetic care. It’s an extraordinary medical achievement and marks a special time in Canada’s history of innovation. But did you know that Banting was also a soldier in World War I?

Huron Community History Centre Research Fellow Scott Smalley helped curate Insulin 100: Sir Frederick Banting this past summer. He says it was a chance to learn about a side of Banting he hadn’t previously known.

“The extent of my knowledge when I got started on this research was that Banting helped discover insulin. Now something I know for sure is that he was incredibly patriotic – towards Canada’s military and medicine.”

The geographic information Scott mapped gives online visitors an in-depth look at Banting’s life: the man behind the medicine. He explains that the map tells the story of a man who was a war veteran, a scientist, an artist, as well as a husband and father.

A short three years before the insulin discovery, Banting saw heavy action at the Battle of Cambrai, France in September 1918. Serving as a military doctor, Banting saw fellow soldiers lose their lives as he cleared the numerous casualties his battalions endured. At one point, Banting ended up pinned in a stretch of road for an hour before sprinting for cover. At that moment, an exploding shell sounded and shrapnel went flying. Banting was struck in the arm but made it to safety. He recovered slowly and on February 15, 1919, Banting was awarded the Military Cross for his courage in battle. 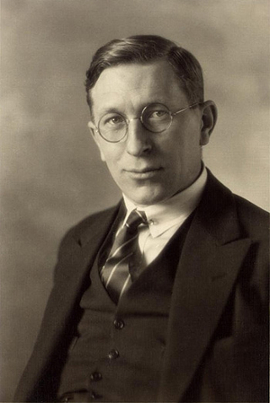 The war was a defining moment in the life of Sir Frederick Banting. In a handwritten note to his mother, after he was wounded, Banting proclaimed he was simply exhausted but that there was nothing to worry about despite his injuries. You can see this exact letter featured as part of the story map of Banting’s life, created in celebration of the 100th anniversary of his collaborative discovery of insulin.

Assisting Scott with the mapping work was Liz Sutherland from Western University's Map and Data Centre. Under her guidance, Scott used ArcGIS story mapping technology to interpret Banting’s life story. “Maps act as a key tool in understanding our past,” Liz explains. “They help us visualize, and most importantly familiarize, ourselves with the paths walked centuries ago by Canadians like Banting. Pairing that historic narrative with digital maps brings history to life.”

The Banting Story Map was a combined effort between Defining Moments Canada and the Huron Community History Centre.

Defining Moments Canada was established to bridge the gap between the 21st century digital storytelling tools and the way that Canada’s history has been taught. The Story Maps tool is a perfect example of how this can be done.

“Research is made better through collaboration,” adds Liz. “Through Western Libraries’ strong Geographic Information Systems portfolio, we could connect Scott to the tools and expertise he needed to showcase his research. And it’s something we can do for any Western student or faculty.”